Halfway up a moderately steep climb, in low-range, I felt the vehicle surge, then stall, then surge a little more as I added throttle and then it stalled again.  One more pattern of increasing surge and stall and then, nothing. I sat there for a second before trying to restart the Land Cruiser but when I tried it would only crank. Teapot road is the most difficult and remote road in the Maze district of canyonlands, the most remote place in the lower 48, and I here I was smack dab in the middle of it with a dead cruiser. Even worse, it was November and since we entered the park we hadn’t seen a soul since we came in. Not a great place to break down.

After some time we diagnosed a blown fusible link on the ignition circuit, and replaced it. It thankfully fired up with some hesitation and we got underway again, only to have it happen again on another climb about a mile later.  Now, fresh out of fusible links and without a clear idea of the problem we had to improvise. Taping up a wiring loom we suspected to be the problem we turned our attention to the blown fusible link, a specialized wire segment with unique connectors. The dead one in my hand was my spare and without it, the injectors wont do their injecting. We decide to cannibalize a recently installed aftermarket brake controller circuit with accompanying fuse holder. The idea was that if the problem had truly not been solved, we would only blow an easily replaceable fuse and not a wire. It worked, and aside from one false alarm where the wire slipped off the splice we added, and we made it out trouble free. It ended up being so solid it stayed on for months until I replaced it, and eventually diagnosed the proper issue of an improperly spliced injector wire that happened before I bought the car.

While I certainly don’t consider myself a bush mechanic, or even a reasonably competent garage mechanic, you find that when you have to make do, you make do.

Of course, most of the time when necessity again becomes the mother of invention it's rarely as dramatic as this was.  Sometimes you forget to bring something and find new substitutes, or maybe you’ve simply learned a few tricks that help simplify the entire ordeal and avoid problems before they start. In this column I’ll be touching on a few hacks, tips and a little bushcraft you may or may not have heard of to help make your trips trouble free, or even get you out of a jam.

Starting with the easy stuff, here are a few in camp tricks that I’ve picked up over the years. Take gallon milk containers, cut them in half and use the cleaned out bottom half as an organizational barrier in your fridge. They fit great, are cheap and avoid having to clean chili off all your other food at the base of Lockhart basin canyon like I did.  Another tip if you don’t have a dual zone fridge and need two different temperatures is to divide your fridge from top to bottom with a tight fitting foam block.  Set the fridge to freeze and put all your cold stuff on the bottom and your fridge stuff on top of the block. The coils are mostly at the bottom and you’ll generally not run into food freezing with this method. Or use a soft cooler inside your fridge to create multiple zones.

A leather chamois or piece of thin leather cloth has a million uses and I can’t imagine camp without on. They can be used to dry off dishes (or body), they can be used as a hot pad or oven mitt, they can wrap up sharp objects like knives in a cutlery kit or can stock a piece of gear from rattling and driving you crazy.  They take up no space, you can find them at any auto parts store and they are cheap. If you have an awning like the ARB awning you may have noticed a channel on the outside rail. That's a sailcloth channel. It's used to install wind breaks to help support the awning in the wind, give you more shade with extreme sun angles and block a little wind. If you haven’t bought a wind break from ARB you can use a sheet, a tent footprint or basically any thin cloth wrapped around some cheap nylon rope to slide it into that sailcloth for additional protection.  A $5 skein of nylon rope from the home goods store is something everyone should have with them.

If you are trying to improvise share with a piece of fabric you may not have grommet eyes in it, in that case, simply put a rock where you want to tie to on the inside of the fabric and make a clove hitch on the outside of the fabric over the rock.  Works great for any fabric. I find myself using a propane fire ring more and more and while its cleaner and doesn’t stink it doesn’t put out nearly as much heat. To make the most of the heat place a reflector behind the fire. I’ve used cheap stainless steal reflectors and even reflectix material to do the job (just make sure not to put it too close) and in a pinch just stack a wall of rocks behind the fire to redirect heat back towards you. You can’t sit around the fire, but you’ll find you will stay much warmer with less. This one is little bit of good old pioneer skills. To hold a kettle or pot over the fire for hot water or cooking, make a cooking tripod from sticks and rope.  Find 3 roughly straight equal length sticks and lay them out on the ground with the 1st and 3rd parallel to each other.Lay the 2nd parallel but sticking the opposite direction such that there is about 10-12 inches of overlap between the ends of the 3 sticks.  Make a clove hitch around stick 1 about 10 inches from the top and wrap the it snug, but not tight, under stick 2, then over stick 3, then around it and over stick 2 and under stick 1.  Repeat about 5-6 times.  Stand up from the center to form a tepee.  Put a clove hitch over stick 2 and drape a a few feet of cord over down in the middle to tie your kettle. Once you have your sticks, it takes all of 45 seconds to make this and it's surprisingly handy.

Taking eggs for scrambled eggs or baking? Crack those babies before hand and store them in a wide mouth bottle, like a nalgene. Can’t have broken eggs in your bag if they’re already broken.

Pillow in a pinch

If you forgot your pillow you’ll be okay so long as you have a T-shirt and something with a little puff to it like a down coat or even some crinkled up clothes.  Turn the t-shirt inside out (so you don’t have to feel any raised print or graphics) and stuff it with your puffy things. I’ve had amazing sleep with a puffy coat and a T-shirt. Having a hitch shackle adapter is one the first and easiest ways to make sure you have a solid point to recover from, but if you don't have one there are still ways to use your hitch safely. First, NEVER recover off the ball of a hitch. The ball isn't meant for those forces and is liable to break, and when it does you've created a cannonball headed straight for your recovered vehicle.  If you have a hitch, take it out of your receiver, then put your recovery strap in the empty receiver and put the receiver pin through the loop in your recovery strap.

This is an appeal to simply think about how you will deal with lost keys or keys locked in your car out on the trail. It's not likely to happen but its happened to me and its not fun.  Consider taping a spare "dumb" key that unlocks doors to your frame with high quality tape and keep a spare ignition key hidden inside the car and safely out of the elements. Not only will this protect you from being locked out or stranded but if someone in your group needs to get to your car in an emergency or any other reason, they can.

So what about you? What are your favorite camp hacks? What's your story of that time you became a bush mechanic? 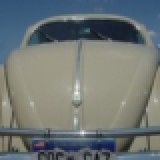 On a recent trip through New Mexico and Arizona we had two Land Rovers in the group, started with three on left early. I am a jeep guy so this was my fix but the most brilliant thing i have ever seen off road. One of the Rovers had a right height sensor fail. The air ride system dumped all the air and it was sitting on the wheel wells not going anywhere. The solution Brad our trail leader came up with was too remove the sensor from both Rovers, place the good one in the disabled Rover and fool the system into airing up again. Once it was aired up he removed the fuses for the air ride system and we put the other Rover back together. Reinstalled the tires and we were on our way again. Other than the Rover dinging every 30 seconds with an error code everyone made it home